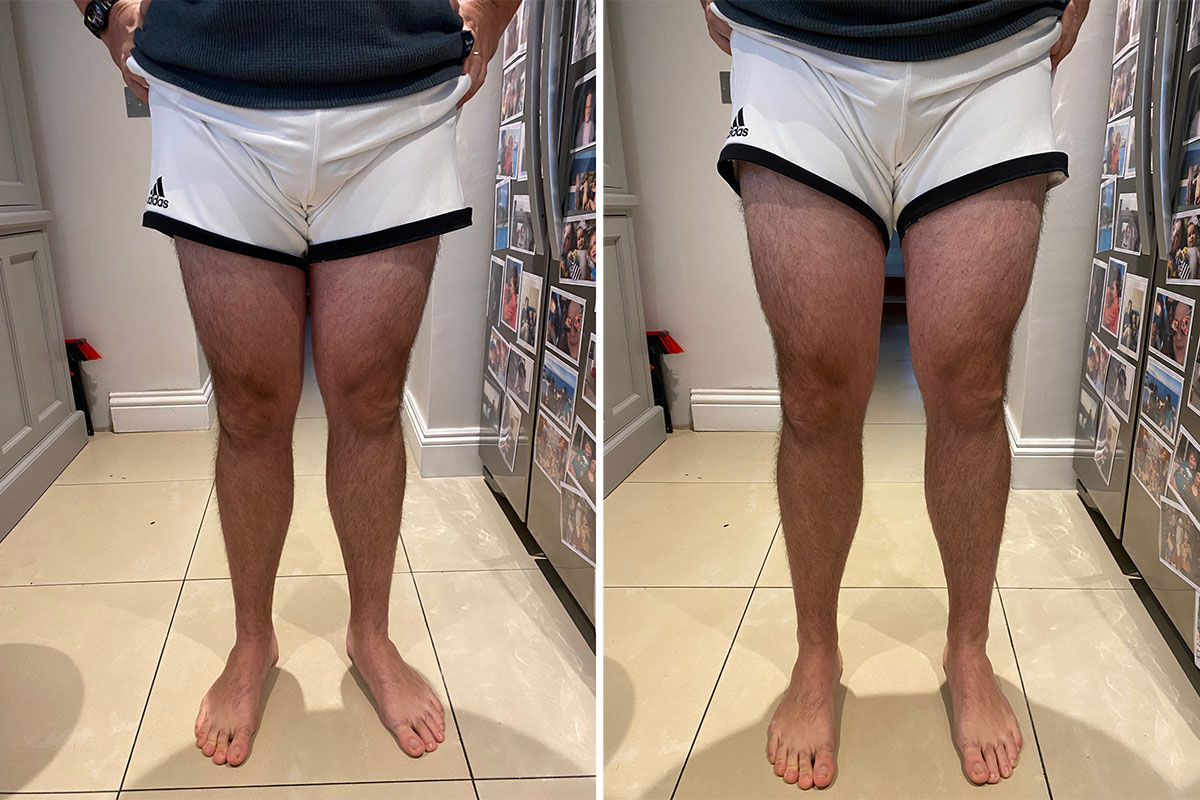 Is there a right way to stand?

We are all unique, so the answer is unique to each person.

This is a good example, but make sure you read the whole thing before you try it.

In the first picture my client had long term niggling knee pain. In the second he doesn’t. And that was partly because he became more aware of how he was standing and made some adjustments.

In the first picture he is turning his feet out. In the second he repositions them in slightly and it helps HIM, because his femur doesn’t change much at all when he does that. Meaning that the rotation was coming from his knee and also causing some varum (knocked knee) alignment, which was aggravating his knee. It was also causing some hyper extension of the knee as it was creating knee external rotation, which allows for hyper extension in that joint.

So for HIM it was a good adjustment and the knee pain went and has stayed away for 6 months now (with a few other moves to help).

HOWEVER, for some people when they turn their feet straight, their femurs might also turn in. This is because everyone’s alignment is different and some people may have femoral ante-version (internally rotated femur relative to the femoral head) and the best way to manage this would be to turn the feet out. Just turning them in might cause excessive femoral internal rotation and cause hip impingement and groin issues.

HOWEVER, the femoral anteverson might just be a result of an anteriorly tilted pelvis, which causes femoral internal rotation. So if we work on repositioning the pelvis, the feet might just find themselves turning in naturally (which I’ve seen happen in a couple of clients).

So back to the original question – the answer is always IT DEPENDS! On the person and it takes a well trained professional to test and investigate the movement to work it out with you.